We will see how long it takes for this information to be censored.

Red Voice Media reported on this, but it was labeled as a ‘’Russian disinformation campaign when it surfaced.

Now, we have more information shared as an order from the Ukrainian Ministry of Health that Russia has obtained.

Still, we can’t confirm their validity. Russia’s Defense Ministry stated they are analyzing the documents, “In the near future we will present the results of the analysis.”

Furthermore, they believe the documents will be the proof they need to show that Ukraine and the US have violated Article 1 of the UN Biological Weapons Convention, stating they will “never under any circumstances to develop, produce, stockpile, acquire, or retain” biological weapons. 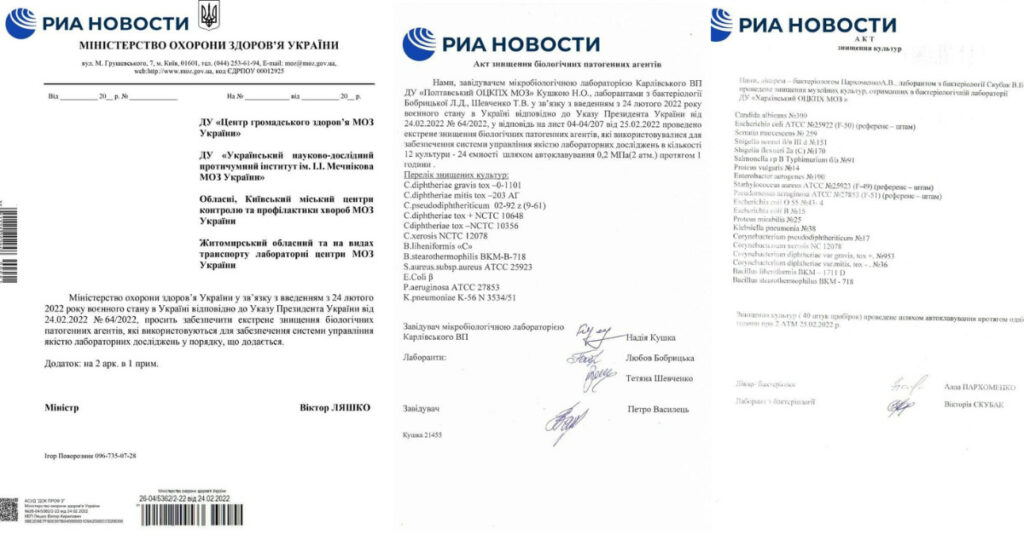 Russia Today reported, “As Russian troops entered Ukraine, the government in Kyiv ordered the ’emergency destruction’ of pathogens including plague and anthrax at US-funded laboratories near the Russian border.”

Russia’s Ministry of Defense added: “We have received documentation from employees of Ukrainian bio laboratories on the emergency destruction on February 24 of especially dangerous pathogens of plague, anthrax, tularemia, cholera, and other deadly diseases.’’ 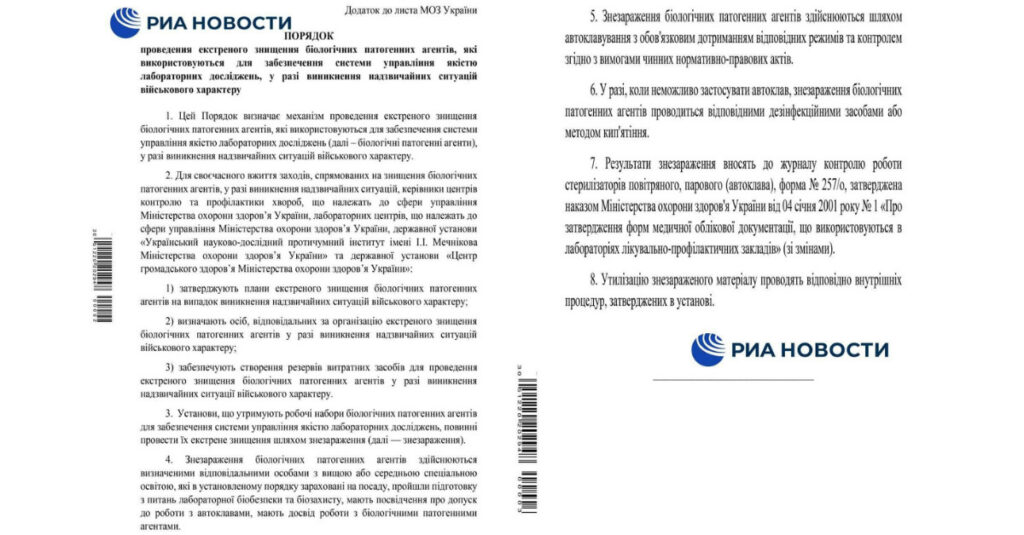 The statement added that the “Kiev regime [had an] emergency cleansing” with the intent of hiding “evidence of the supposed biological weapons program, [including the production of] biological weapons components” in two of the few laboratories in Ukraine- in Poltava and Kharkov.

Major General Konashenkov shared a video, stating, “In the course of a special military operation, the facts of an emergency cleansing by the Kyiv regime of traces of a military biological program being implemented in Ukraine, funded by the US Department of Defense, were uncovered.”