This is going deep!

It leads to a Rolling Stone article mocking Trump’s statement “repeatedly asked aids if China had a Hurricane Gun they could shoot at the United States.”

Trump kept asking if China was shooting us with a "hurricane gun." https://t.co/q4Dd9ycuco

Near the beginning of Donald Trump’s time in office, the then-president had a pressing question for his national-security aides and administration officials: Does China have the secret technology — a weapon, even — to create large, man-made hurricanes and then launch them at the United States? And if so, would this constitute an act of war by a foreign power, and could the U.S. retaliate militarily? Then-President Trump repeatedly asked about this, according to two former senior administration officials and a third person briefed on the matter.

“It was almost too stupid for words,” said a former Trump official intimately familiar with the then-sitting president’s inquiry. “I did not get the sense he was joking at all.”

Trump, Who Constantly Complained About Leaks, Was ‘the Biggest Leaker of All,’ Former Defense Secretary Says
Elon Musk Says He Would Allow Trump Back on Twitter
The sources, who spoke on the condition of anonymity to discuss private conversations, tell Rolling Stone that Trump began interrogating national-security officials and other staffers about the alleged weapon during the first year of his presidency, and his question would pop up sporadically until at least 2018. Two of the sources recalled that as Trump got deeper into the second year in his term, he started to drop the topic, and occasionally joked about it.
In certain circles within the upper ranks of Trumpland, the then-leader of the free world’s query became such a mockable occurrence that it became known among some as the “Hurricane Gun” thing.

“I was present [once] when he asked if China ‘made’ hurricanes to send to us,” said the other former senior official. Trump “wanted to know if the technology existed. One guy in the room responded, ‘Not to the best of my knowledge, sir.’ I kept it together until I got back to my office… I do not know where the [then-]president would have heard about that… He was asking about it around the time, maybe a little before, he asked people about nuking hurricanes.”

This patently boneheaded line of inquiry from Trump, which has not been previously reported, was merely one instance in an administration overflowing with Trump’s rampantly absurd, conspiracy-theory-powered ideas and policy proposals, many of which were ignored or shot down, thus avoiding additional atrocities. Last week, it was revealed that Trump’s former Secretary of Defense Mark Esper wrote in his new memoir that his ex-boss wanted to attack Mexico with missiles — during peacetime between the two nations — and then try to pin the blame on another country.

Despite leaving office in disgrace, Trump has continued on as the undisputed leader of the Republican Party and by far its most popular and influential national figure. He is currently the clear favorite to win the 2024 GOP presidential nomination, should he ultimately decide to launch another campaign. Though a final decision has not yet been made, Trump has strongly signaled to a variety of associates and counselors that he intends to run again, having made it his mission to turn his anti-democratic lies about the 2020 election being “stolen” from him into party orthodoxy.

A Trump spokesperson did not provide comment on this story.

How can you believe in a “hurricane gun” before climate change? Wtf https://t.co/LWOswoY2GH

We have to emphasize two things. There were so many stories about Trump which were false. Is this one of those? We don’t know.

These are “Conspiracy FACTS.”

We don’t know, but one thing is for sure, HAARP targeted weather manipulation is real and sounds close enough to me!

H.A.A.R.P. is a geophysical weapon so powerful, it is a weapon of mass destruction using Weather modification & manipulation. pic.twitter.com/llV09NpaqU

This was a failed experiment.. We know our powers now.. We will refuse for our weather to be abused in the name of manipulation pic.twitter.com/kKV3AEqtTl

The U.S. Air Force has notified Congress that it intends to shut down HAARP, a controversial Alaska-based research facility that studies an energetic and active region of the upper atmosphere.

Conspiracy theorists are abuzz about the news, given that HAARP (short for High Frequency Active Auroral Research Program) has long been the center of wild speculation that the program is designed to control the weather — or worse. In 2010, Venezuelan leader Huge Chavez claimed that HAARP or a program like it triggered the Haiti earthquake.

For the record, the Haitian quake of 2010 was caused by the slippage of a previously unmapped fault along the border of the Caribbean and North American tectonic plates.

HAARP is a research program designed to analyze the ionosphere, a portion of the upper atmosphere that stretches from about 53 miles (85 kilometers) above the surface of the Earth to 370 miles (600 kilometers) up. The program has been funded by the Air Force, the Navy, the University of Alaska and the Defense Advanced Research Projects Agency, or DARPA. [Top 10 Conspiracy Theories]

HAARP operates out of the HAARP Research Station in Gakona, Alaska, where it has a high-power radio frequency transmitter that can perturb a small portion of the ionosphere. Other instruments are then used to measure the perturbations.

The goal of the program is to understand the physics of the ionosphere, which is constantly responding to influences from the sun. Solar flares can send solar particles racing toward Earth, occasionally disrupting communications and the electrical grid. If scientists could better understand what happens in the ionosphere, they might be able to mitigate some of these problems.

But the Air Force is no longer interested in maintaining HAARP, according to David Walker, the Air Force deputy assistant secretary for science, technology and engineering.

At a Senate hearing on May 14, Walker said the Air Force has no interest in maintaining the site, and is moving in another direction in ionospheric research. The HAARP project directs a 3.6 MW signal, in the 2.8–10 MHz region of the HF (high-frequency) band, into the ionosphere. The signal may be pulsed or continuous. Effects of the transmission and any recovery period can be examined using associated instrumentation, including VHF and UHF radars, HF receivers, and optical cameras. According to the HAARP team, this will advance the study of basic natural processes that occur in the ionosphere under the natural but much stronger influence of solar interaction. HAARP also enables studies of how the natural ionosphere affects radio signals.

The insights gleaned at HAARP will enable scientists to develop methods to mitigate these effects to improve the reliability or performance of communication and navigation systems which would have a wide range of both civilian and military uses, such as an increased accuracy of GPS navigation and advances in underwater and underground research and applications. This may lead, among other things, to improved methods for submarine communication or an ability to remotely sense and map the mineral content of the terrestrial subsurface, and perhaps underground complexes, of regions or countries. The current facility lacks range to be used in regions like the oil-rich Middle East, according to one of the researchers involved, but the technology could be put on a mobile platform.[15]

According to HAARP’s original management, the project strove for openness, and all activities were logged and publicly available, a practice which continues under the University of Alaska Fairbanks. Scientists without security clearances, even foreign nationals, were routinely allowed on site, which also continues today. HAARP hosts an open house annually, during which time any civilian can tour the entire facility. In addition, scientific results obtained using HAARP are routinely published in major research journals (such as Geophysical Research Letters and Journal of Geophysical Research), written both by university scientists (American and foreign) and by U.S. Department of Defense research lab scientists. 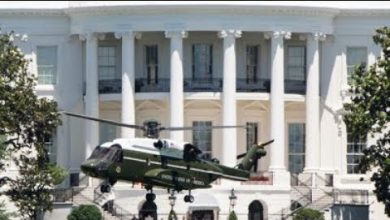 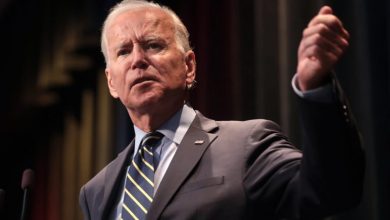 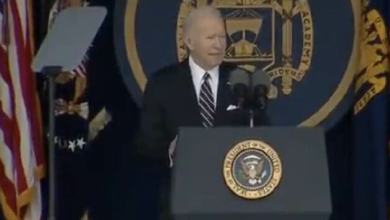 [VIDEO] Is Joe A Pathological Liar Or A Dementia Patient? His Latest Humdinger Has People Wondering