Del Bigtree announced his decision to file a lawsuit against the CDC, requesting the federal agency to take down a recent statement. Bigtree disapproves of the statement suggesting that vaccines don’t cause autism.

“There is no science to back up the statement as far as what the CDC’s provided to say that vaccines, plural, do not cause autism,” Bigtree told The Epoch Times. “This is a false statement.”

“We will bring a case against the CDC to remove that from the website because it is actually inaccurate,” he added.

Bigtree says the CDC didn’t provide the much-needed studies to confirm that vaccines given to babies in the first six months after birth do not cause autism. Science has shown that the “neurological and developmental disorder may be diagnosed as early as 6 to 12 months.”

“If vaccines contribute to the issue, certainly we can isolate it inside of the vaccines given in the first six months of life because autism is appearing at six months,” Bigtree said.

A spokesperson from the CDC said the federal agency has always been clear about its opinion on vaccines and autism.

“CDC is and has always been clear on this subject: vaccines do not cause autism,” the spokesperson told The Epoch Times in an email.

In August 2020, the CDC said they were doing an update to the official website. They took down the statement, and people thought that the CDC may have changed its thought on the link between vaccines and autism.

“As for the statement you reference, in the fall of 2020, as part of routine website updates to ensure consistent website formatting, CDC updated its page on vaccines and autism,” the spokesperson said. “Recently, this change has been misinterpreted on social media and among some organizations as a change in CDC’s position.”

“The headline has been added back to our website to ensure there is no confusion around CDC’s position,” she added.

Mark Sadaka is a vaccine injury lawyer. He has worked with over 180 vaccination cases. He said the CDC “will never” remove the disturbing statement since they made it based on their own research and the recommendation of  the Advisory Committee on Immunization Practices (ACIP) that “meet regularly and vote on all kinds of issues, including safety concerns and recommendations on who should get vaccinated and when.”

“The CDC is the U.S. premier public health agency, and like what the ACIP did, it can take currently available information and issue statements related to public health,” Sadaka told The Epoch Times in an email. “That is what the CDC is charged to do and that is what they did here.”

Sadaka believes the ICAN’s lawsuit should instead encourage the CDC to“add qualifying language to the information presented to the public.”

“The best that could happen [for ICAN’s lawsuit] is the addition of qualifying language that says ‘six effects of vaccines within the first six weeks of life have not been studied’ or something like that,” Sadaka said.

“As a lawyer for people injured by vaccines, I can say that vaccines can hurt and kill. But when it comes to autism specifically, the science is just not there right now. It may come one day,” he added.

Lack of studies to support the claim

In 2019, ICAN and the Institute for Autism Science submitted their Freedom of Information Act request to the federal agency requesting the CDC provide each and every study is used to determine that the five vaccines administered to babies in the first six months of their lives don’t cause autism.

“The vaccines: diphtheria, tetanus, and acellular pertussis (DTaP), hepatitis B, polio (IPV), Haemophilus Influenzae type B (Hib), and pneumococcal conjugate (PCV13), are each ‘injected into the babies three times during the first six months of life.’”

The CDC was forced to submit to the FOIA request and had to provide 20 studies in March 2020. Interestingly, 18 trials weren’t related to any of the vaccines that ICAN challenged. These trials addressed the MMR, thimerosal, or both.

Thimerosal is a mercury-containing preservative used to prevent the growth of bacteria and fungi in vaccines. It was reduced until 2001 but was “removed from or reduced in all vaccines for children 6 years of age” except for the flu shot.

Bigtree adds the two remaining trials didn’t answer whether vaccines cause autism. Both trials are funded by the CDC (a 2012 report by the Institute of Medicine and the 2013 antigen exposure trial).

According to the CDC, adjuvants in vaccines “help create a stronger immune response” or helps “vaccines work better” but “can cause more local reactions (such as redness, swelling, and pain at the injection site) and more systemic reactions (such as fever, chills and body aches) than non-adjuvanted vaccines.” Aluminum is a commonly used adjuvant.

Study authors didn’t find any evidence suggesting that vaccines may cause autism or autism spectrum disorder, however, “It can be argued that ASD with regression, in which children usually lose developmental skills during the second year of life, could be related to exposures in infancy, including vaccines.”

There are no trials related to the overall health effects between a vaccinated and a placebo group because of “ethical concerns about withholding vaccines from children in the placebo group.”

The CDC can still conduct a retrospective study on vaccinated and unvaccinated children using data from the Vaccine Safety Datalink. It monitors the “safety of vaccines and conduct studies about rare and serious adverse events following immunization.”

“That’s all we asked for, just do a comparative study with your database, vaccinated versus unvaccinated,” Bigtree said. “And they essentially said to us, ‘We will never do that study.’”

“That study could answer this question once and for all,” Bigtree said. “Which means, if they knew they were right and they knew that vaccines made people healthier, they would do that study.” 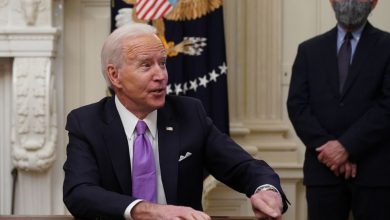 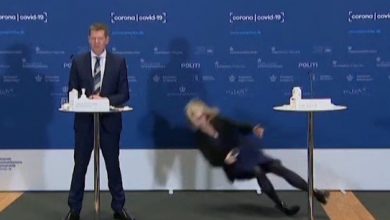 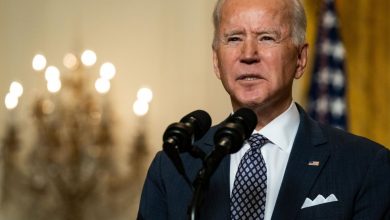 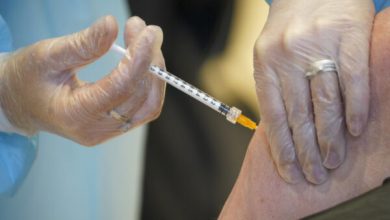