Kayleigh McEnany and Sarah Huckabee Sanders didn’t even think of doing something like this. They would never stick their tongues out during a presser. The media would rip them apart!

Well, Psaki is getting a different treatment.

Democrats say she is a professional.

Psaki would never be mocked by late night comedy hosts. She won’t be featured in Saturday Night Live!

Joe Biden’s Press Secretary stuck her tongue out in the middle of an official press conference.

I’m sorry but this right here is not normal 😦 pic.twitter.com/PasrgrMduO

She has already done this…

Jen Psaki sticking out her tongue.

No, we didn’t write that Psaki is a “lizard person.” There’s no room for conspiracy here. We just say this is not a normal behavior. She is not a kid. She is working in the White House. Maybe someone will come up with a good nickname for Psaki. McEnany got one just because she was blond. They called her, “Propaganda Barbie.”

From the Front Page Live:

Trump’s press secretary, Kayleigh McEnany, stated in a heated moment today to CNN White House Correspondent Jim Acosta that Trump was “telling the truth” when it came to the COVID-19 death rate.

Fed up with the constant stream of lies, MeidasTouch slammed McEnany in their new video: #ByeKaleigh. Twitter ate it up.

Acosta went on CNN and said, “We’ve seen this almost from the very beginning of this pandemic, and that is the president of the United States and the White House Press Secretary, like previous White House press secretaries, will just flat out lie to the American people. And the president did that last night at that rally in Ohio when he was saying it virtually affects nobody.”

On the evening of September 21, Trump stood up at a rally in Ohio and said, “It affects elderly people, elderly people with heart problems, and other problems. If they have other problems, that’s what it really affects, that’s it.” He continued, “You know, in some states thousands of people, nobody young. Below the age of 18, like nobody. They have a strong immune system. Who knows? Take your hat off to the young, because they have a hell of an immune system.”

Acosta made the point: “He diminishes the threat posed by the virus. He holds rallies where people don’t wear masks and don’t participate in social distancing because of what he says to his own supporters.”

#ByeKayleigh This is my go to when she lies. So it has been posted a lot. pic.twitter.com/f1aiTe0I4Y

Psaki should get the same treatment as Sanders and McEnany.

What Did Biden Just Say?! Do You Hear: “My Butt’s Been Wiped!” 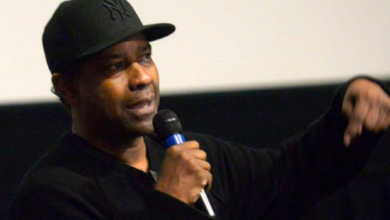 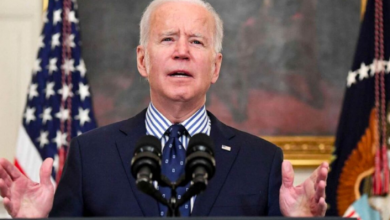 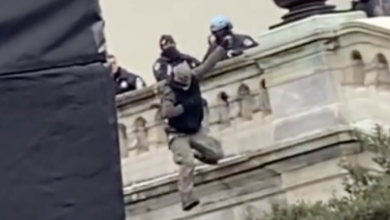 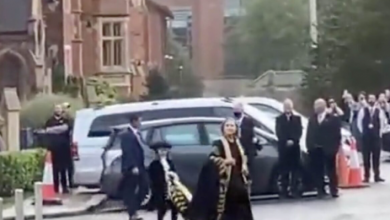 [VIDEO] Hillary Mocked, Heckled And Booed In Ireland While A Young Child Holds The Back Of Her Gown