Trump spoke with the hosts at the Clay Travis and Buck Sexton Show in June. According to him, the former football great Herschel Walker will enter the U.S. Senate race in GA as a Republican.

Herschel Walker is a favorite conservative. He leads Marxist Senator Raphael Warnock in the 2022 race, but he still hasn’t announced his candidacy.

RINO Senators John Thune and John Cornyn think that he doesn’t run for some reason. According to these two, he is a Trump Republican, so he cannot be in their club.

Republicans loved seeing Herschel Walker score touchdown after touchdown. They doubt he can carry them to the Senate majority.

Walker is a former NFL star and Donald Trump’s favorite to take on Democratic Sen. Raphael Warnock in the Georgia Senate race next fall. But as years-old allegations about Walker’s marriage and business dealings weigh on his potential bid, Senate Republicans are raising concerns about his past in a state widely viewed as their best pickup opportunity next year.

“Some of it’s pretty bad, obviously: physical abuse and pulling a gun on his wife, if that’s true,” said Sen. John Cornyn (R-Texas), a former chair of the National Republican Senatorial Committee who is close to Minority Leader Mitch McConnell. “I want to win that race. And to the extent that he’s handicapped by some of these things that would make that unlikely, I’d prefer to have somebody else.”

Walker’s potential candidacy offers another test case for the former president’s influence over the GOP, as Trump tries to play kingmaker in Senate races that will determine whether Republicans can win back the majority. Trump has already backed Rep. Ted Budd in North Carolina and Rep. Mo Brooks in Alabama in open primaries, breaking with the endorsements of the Senate Republicans vacating those seats.

But Walker has hesitated to enter the Georgia race despite Trump’s entreaties, and with good reason. Should Walker proceed to run, he is all but guaranteed to face questions about his personal and financial decisions. While the former football star has been open about his struggles with dissociative identity disorder, recent news reports, including a lengthy AP examination, have resurfaced past allegations from his ex-wife that he threatened to kill her. In addition, his claims about his business success are also coming under scrutiny.

As Senate Minority Whip John Thune (R-S.D.) put it: “He’s got the wow factor, the celebrity factor … But some of these issues he’s going to have to figure out how to answer.”

“As a candidate you have to be able to respond to hard questions. And your background becomes an issue, your experience becomes an issue,” Thune said. “Sometimes people who have success in one area of life and translate it to politics, it’s not as easy as it looks.”

Walker did not respond to a request for comment for this story. But earlier this week, he told Fox News’ Sean Hannity that he will make his decision on his own timeline. And he dismissed the recent news reports, saying “little articles like that ain’t going to scare me.”

Biden Is Sitting Calmly, Then A Staffer Walks In & Tells Him Something Gross About His Appearance 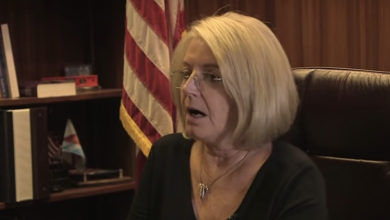 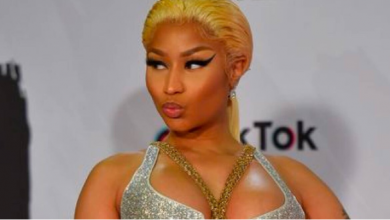