After a hard fought battle against the far-left Big Tech giants, Conservative hip-hop artists Christopher “Topher” Townsend and The Marine Rapper (TMR) just hit #1 on the iTunes hip hop charts for their song “The Patriot”.

After the events of January 6 at the Capitol in DC, the hit song was removed from all digital stores without explanation. Topher and TMR were nowhere near the chaos at the Capitol nor did they condone it, but Spotify and other streaming services took sweeping action regardless. Instagram also targeted them by banning Topher from going live to his 115,000 followers for “violating community guidelines”, although no specifics were given.

Now just a few weeks later, their censorship has backfired in a big way. In fact, their censorship only emboldened the conservative rappers and they now find themselves right back at the top of the charts. On Saturday evening, they hit #1 on the Hip-Hop charts and they are within striking distance of the #1 overall spot on iTunes.

“DON’T YOU DARE SAY PEOPLE DON’T LOVE THIS COUNTRY! WE ARE #1 HIP HOP SONG AGAIN!! AND WE ARE #9 and 12 OVERALL!!!” Topher announced on Intagram.

Check out the hip hop charts as of Saturday evening:

BUY THE SONG HERE TO HELP IT STAY ON TOP

Watch the music video below that was just released the other day:

CoffeeOrDie.com points out just how much success the rappers were having before the coordinated assault by the tech giants:

After releasing “The Patriot” Dec. 19, Townsend and TMR had been enjoying some of the best success of their careers. Before it was taken down, the independent artists’ track was outperforming some of the biggest names in music, including Taylor Swift, the Weeknd, Justin Bieber, Eminem, Drake, and Cardi B. On iTunes, “The Patriot” was the No. 1 hip-hop song and No. 9 song in all genres. On the Billboard charts, “The Patriot” reached No. 3 in rap digital song sales, No. 4 in R&B/hip-hop digital sales, and No. 36 overall in digital song sales.

“We were on track to be No. 1 on Billboard in hip-hop digital sales and to go platinum,” TMR told Coffee or Die Magazine.

Thankfully, Topher re-uploaded the song through another distributor and all appears to be well for the time being.

It’s important that we keep supporting conservative successes like this one so we can fight back in the culture war against the radical left. 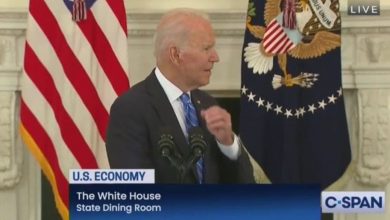 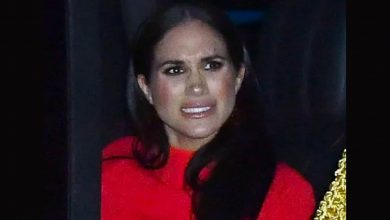 Another Proof Nobody Likes Her: Meghan Markle Suffers Yet Another Public Humiliation!