The increased censorship of people’s views expressed on social media by Big Tech companies has been part of an orchestrated attack on the First Amendment, Patrick Wood, director and founder of Citizens for Free Speech, told The Epoch Times.

Wood believes that there is an agenda behind the censorship. It would be almost statistically impossible to attack simultaneously all five elements of the First Amendment: freedom of religion, free speech, freedom of the press, the right to assemble, and the right to petition the government for a redress of grievances, Wood said in an interview for Epoch Times’ “Crossroads.”

Wood said that it was unprecedented that three Big Tech companies in one day took down competitor Parler under the pretext of violating their policies, calling it collusion.

Apple and Google removed the social media platform Parler from their app stores, saying that the app would be suspended until they could moderate “egregious content.” Soon after, Amazon Web Services took the site down due to alleged violations.

Parler was taken down by those companies after civil unrest and acts of violence marred a largely peaceful protest at the Capitol building in Washington on Jan. 6.

Free speech has been at the heart of all human and economic progress in the last 200-300 years, Wood said. “When you curtail free speech it becomes regressive to society; in other words, you’re going backwards when you start to censor it,” he added.

Wood compared censoring speech on the Internet to electronic book burning. Every Marxist or fascist revolution takes over or squashes media first because they need to control communications before they proceed with the rest of the revolution, Wood explained.

The people in the technocratic core of Big Tech believe that they must silence any narrative which disagrees with their narrative, Wood said. And it is not limited to conservatives, he explained, providing the example of Robert F. Kennedy, Jr., founder of the Board of Children’s Health Defense, who was also silenced for criticizing vaccine safety even though Kennedy is a liberal.

“They don’t want to hear an alternative narrative so they are squashing free speech in the process of shutting other people up from contradicting their own narrative, Wood said.

When attacks on First Amendment rights started about five years ago, similar policies had been openly advocated at the World Economic Forum (WEF) as part of the Fourth Industrial Revolution, Wood explained.

The Fourth Industrial Revolution “is characterized by a fusion of technologies that is blurring the lines between the physical, digital, and biological spheres,” Klaus Schwab, the founder and executive chairman of the WEF, wrote on the organization’s website.

Schwab also proposed the concept of the Great Reset to transform the world economy from “shareholder capitalism” to “stakeholder capitalism” which will harness the innovations of the Fourth Industrial Revolution “to address health and social challenges.”

But the Great Reset is “warmed over technocracy from the 1930s,” Wood said.

Technocracy was a political-economic movement that started in the early 1930s at Columbia University in New York.

The concept of technocracy assumes that price cannot be used to control the abundance of goods because it decreases with the increase of abundance. Therefore a scientific method of balancing production and distribution must be used, according to a 1937 edition of The Technocrat magazine.

“Technocracy will distribute by means of a certificate of distribution available to every citizen from birth to death,” The Technocrat magazine states.

The movement failed when the economy recovered after the Great Depression, but it was revived in the early 1970s and it began to mature, Wood said, adding that what he called a global elite had embraced the idea that controlling the world’s resources would allow them to control the world’s economy.

Michael Rectenwald, a retired liberal arts professor at New York University, wrote for the Mises Institute that the planners of the Great Reset support driving ownership and control of the most important factors of production to those enrolled in stakeholder capitalism.

Stakeholders “include the enterprise’s owners and shareholders, customers, suppliers, collaborators of any kind, as well as the government and society, including the communities in which the company operates or which may in any way be affected by it,” according to a WEF report (pdf).

“The productive activities of said stakeholders, meanwhile, would be guided by the directives of a coalition of governments under a unified mission and set of policies, in particular those expounded by the WEF itself,” Rectenwald wrote.

“While these corporate stakeholders would not necessarily be monopolies per se, the goal of the WEF is to vest as much control over production and distribution in these corporate stakeholders as possible, with the goal of eliminating producers whose products or processes are deemed either unnecessary or inimical to the globalists’ desiderata for ‘a fairer, greener future.’ Naturally, this would involve constraints on production and consumption and likewise an expanded role for governments in order to enforce such constraints,” Rectenwald wrote.

The technocracy idea was introduced to communist China in the 1970s by Zbigniew Brzezinski, the political scientist, co-founder of the Trilateral Commission, and the national security adviser to President Jimmy Carter, Wood said.

That caused a blending of the Chinese Communist Party and communism in general with “this technocratic system of social management, of total management of the economy and the people,” Wood explained.

“If you look deeper you see that there’s a group of people, a core of engineers and scientists, that are working to use high technology to capture the entire society, all of the people in it, and to control and engineer the economic system.” 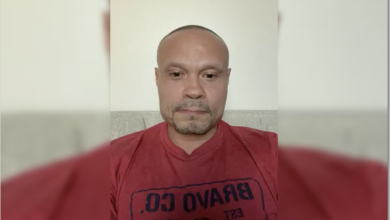