Donald Trump is back! 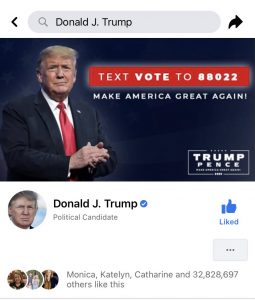 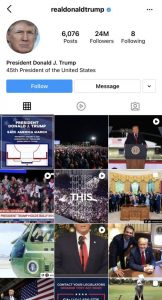 Daily Caller’s senior correspondent Henry Rodgers was among the first to report the news.

This happened after Donald Trump shut down his “From the Desk of Donald J. Trump” website for good.

The website is now a page for subscribers to get “alerts” from Trump. Jason Miller told CNBS that the blog will no longer exist. CNBC was the first to report the shutdown.

“It was just auxiliary to the broader efforts we have and are working on,” Miller told Axios.

The Big Tech banned Trump from social media right after the 2020 presidential election. A lot of companies followed suit and silenced the President.

The tech giants censored Trump just because they thought he incited the violence at the Capitol.

Trump’s advisers told Fox News that he will “move forward” with creating his own platform. Facebook and Instagram may pre-empt that, but it may be a little too late for that to happen.

Update: Facebook says Trump remains suspended, despite the recent changes to the accounts.

“No. Nothing about the status of President Trump’s presence on our platform has changed. He remains indefinitely suspended,” Andy Stone of Facebook said in a response on Twitter. We don’t how the accounts were changed if the President’s team was locked out.

BREAKING: HUGE UPDATE From Arizona Audit Director Ken Bennett – ONLY 14 PALLETS ARE REMAINING – Out Of 44 Pallets! — And There’s More! (VIDEO)