CNN correspondent Manu Raju tweeted an update Saturday that GOP and Democratic Senate leaders agreed there would be no witnesses and that former President Donald Trump’s acquittal is expected later today.

Trump will be acquitted today

His tweet was confirmed by One America News’ Jenn Pellegrino, who cited The Associated Press.

Earlier Saturday, it appeared as though there would be witnesses as five GOP senators joined all Democrats in agreeing to call them, putting the vote at 55-45. They included the usual Republican suspects — Sens. Susan Collins, Lisa Murkowski, Mitt Romney and Ben Sasse — but also Sen. Lindsey Graham, who, it’s believed, changed his vote from “no” to “yes” so that Trump’s lawyers could also call witnesses.

Here’s one reason why Democrats may have been willing to deal: Reports claimed that Trump’s lawyers were prepared to call some witnesses who would have been shockingly embarrassing for the party.

Former President Donald Trump’s impeachment trial got an unexpected extension as senators voted Saturday morning to open the door to witnesses in light of new reporting overnight on Trump’s state of mind during the Jan. 6 Capitol riot.

The Senate voted 55-45 to extend the trial by subpoenaing witnesses to testify, with five Republicans joining all Democrats. The Republicans were Sens. Susan Collins of Maine, Lisa Murkowski of Alaska, Mitt Romney of Utah, Ben Sasse of Nebraska and Lindsey Graham of South Carolina, who changed his vote in the final minutes.

The surprise vote on witnesses shook Washington and seemed to even catch senators off guard.

“Finally, something unscripted!” marveled Sen. Mark Warner, D-Va., after the vote and subsequent hubbub about what happens next.

Sen. Ted Cruz, R-Texas, said the move for witnesses came as a surprise to the senators and set off “chaos” in the chamber.

“Nobody knows what going to happen,” said Cruz, who also predicted the vote to convict Trump stands at anywhere between 53 and 57 senators — short of the supermajority needed.

Currently, according to reports, both sides are making their closing arguments.

Trump Responds After Final Vote Cast in Impeachment Trial: 'A Sad Commentary on Our Times' 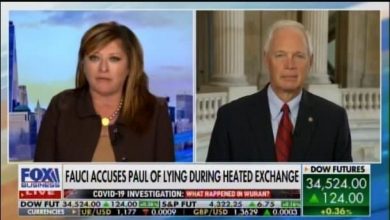